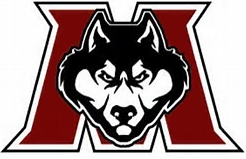 Matawan's 1979 District Champion, Jim Jeffcoat, played in the NFL for 15 seasons. He won 3 Super Bowls as a member of the Dallas Cowboys where he later served as the teams' defensive ends coach under Bill Parcells.

Jeffcoat would also serve as a coach in the Arena Football League, the XFL, and the NCAA level, working for coaches such as Steve Spurrier and Bob Stoops.

Any suggestions, questions, or feedback?